In addition to the Steering Committee, the project is supported by a Technical Administrator (read ROLE DESCRIPTION). 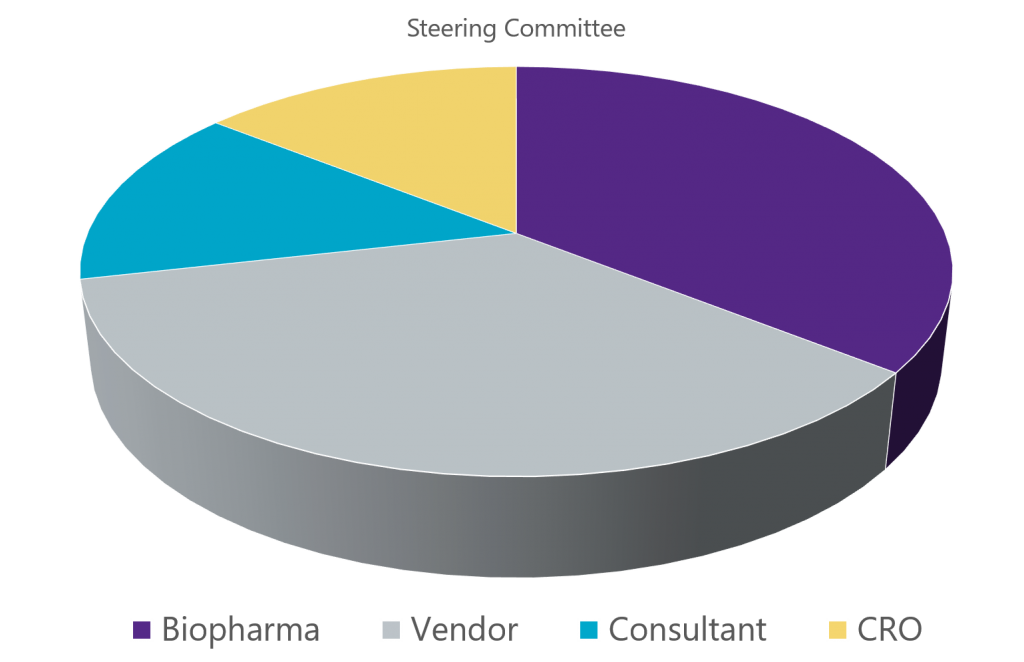 *Elections are conducted on a ‘first past the post‘ basis, with candidates receiving the most votes filling the vacancies available. However, the Charter limits the committee member composition for any one sector or voting block (e.g. BioPharma, CRO, Vendor, Consultant) to no more than 50% of the committee. If voting results in this 50% limit being reached, any further candidates from that block will be unable to take up a position irrespective of the number of votes cast for them. In these circumstances, candidates from other blocks with the next highest number of votes cast will join the committee.

Joining the Committee
The Steering Committee has been established so that about a third of members have their term of office expiring each year. About 6-8 weeks before these terms expire, a call will be sent out to members of the Reference Model Project asking for self-nominations. A strict deadline will be included in the notification. Sometimes, the call for nominations may also be circulated via our Subscriber mailing list to ensure all members see the request but nominations are limited to members who have been involved on the project during the previous 12 months. Our list of current members is held on our project collaboration system. So, you may have lots of enthusiasm and experience in the TMF world and might even regularly join our general meetings, but if you’ve not been registered as a member during the previous 12 months, you’ll not qualify to be nominated for the Steering Committee. As detailed elsewhere on this site, membership is for people who are willing and have the time to participate in our activities. So if you just sign-up and then do nothing, you’ll likely be removed. We think it is important and fair that if you want a say in how the project operates, you need to have at least 12 months recent experience of working with us. So, if you meet these criteria and you submit your nomination before the deadline, you’ll be accepted onto the list of candidates for vacant positions.

Click on an event listed below to see details or to download a .ics file for your Outlook calendar